Review of the most famous cases of art thefts in history including the stealing of the Mona Lisa and The Scream.

The first documented case of art theft was in 1473, when two panels of altarpiece of the Last Judgment by the Dutch painter Hans Memling were stolen. While the triptych was being transported by ship from the Netherlands to Florence, the ship was attacked by pirates who took it to the Gdansk cathedral in Poland. Nowadays, the piece is shown at the National Museum in Gdansk where it was recently moved from the Basilica of the Assumption.

The Most Famous Theft:

It took about two years until the mystery was solved by the Parisian police. It turned out that the 30◊21 inch painting was taken by one of the museum employees by the name of Vincenzo Peruggia, who simply carried it hidden under his coat. Nevertheless, Peruggia did not work alone. The crime was carefully conducted by a notorious con man, Eduardo de Valfierno, who was sent by an art faker who intended to make copies and sell them as if they were the original painting.

While Yves Chaudron, the art faker, was busy creating copies for the famous masterpiece, Mona Lisa was still hidden at Peruggias apartment. After two years in which Peruggia did not hear from Chaudron, he tried to make the best out of his stolen good. Eventually, Peruggia was caught by the police while trying to sell the painting to an art dealer from Florence, Italy. The Mona Lisa was returned to the Louver in 1913.

The Biggest Theft in the USA:

The biggest art theft in United States took place at the Isabella Stewart Gardner Museum. On the night of March 18, 1990, a group of thieves wearing police uniforms broke into the museum and took thirteen paintings whose collective value was estimated at around 300 million dollars. The thieves took two paintings and one print by Rembrandt, and works of Vermeer, Manet, Degas, Govaert Flinck, as well as a French and a Chinese artifact.

As of yet, none of the paintings have been found and the case is still unsolved. According to recent rumours, the FBI are investigating the possibility that the Boston Mob along with French art dealers are connected to the crime.

The painting by Edvard Munch, The Scream, is probably the most sought after painting by art thieves in history. It has been stolen twice and was only recently recovered. In 1994, during the Winter Olympics in Lillehammer, Norway, The Scream was stolen from an Oslo gallery by two thieves who broke through an open window, set off the alarm and left a note saying: thanks for the poor security.

Three months later, the holders of the painting approached the Norwegian Government with an offer: 1 million dollars ransom for Edvard Munch’s The Scream. The Government turned down the offer, but the Norwegian police collaborated with the British Police and the Getty Museum to organize a sting operation that brought back the painting to where it belongs.

Ten years later, The Scream was stolen again from the Munch Museum. This time, the robbers used a gun and took another of Munch’s painting with them. While Museum officials waiting for the thieves to request ransom money, rumours claimed that both paintings were burned to conceal evidence. Eventually, the Norwegian police discovered the two paintings on August 31, 2006 but the facts on how they were recovered are not known yet. 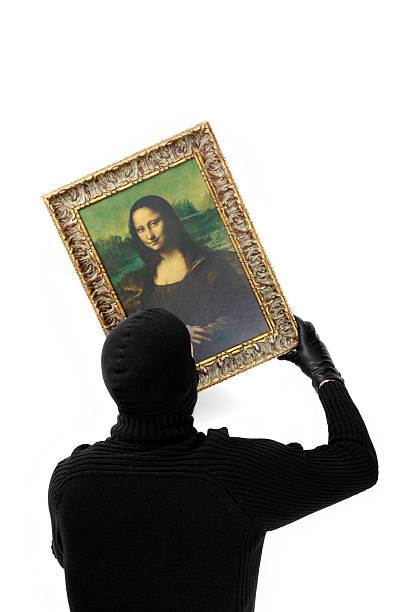