Generally, individuals diagnosed with ASDs will not want to socialize with others. Some things you may notice are a lack of eye contact with others, preferring to do activities by themselves, and they may not want to be touched. Depending upon the severity of the symptoms, some individuals may not even notice when others speak to them or are trying to get their attention. In mild cases, it may be that an individual will simply not understand how to relate to others and in case of a young child, they may not know how to play with other children.

When it comes to communication skills, more often than not, individuals with ASDs will show lack of development in these areas, as well. Many children that have been diagnosed with ASDs do not talk at all. Some may display a repetitive speech, such as echolalia, where they repeat the words that are said to them. Instead of answering a question, they’ll simply repeat what was asked of them. A child with ASDs may be able to talk and then at a later date, stop talking altogether.

Other communication behaviours may be a flat tone to their voice and they may not be able to control how loud or softly they talk. They may have a hard time sticking to a topic of discussion for a long time and they may also show a lack of listening skills. Some may stand too close to someone they are talking to, as well as talking a lot and not letting someone else get a chance to talk.

Individuals with ASDs may also display repetitive actions. It might be that they have to line their items on their nightstand up perfectly before going to bed or it may be they simply have to stick to a certain routine. Any change in this routine may upset them badly and throw them off kilter. These repetitive behaviours become very important to them.

The fact is that children who have been diagnosed with ASDs simply develop differently than those without ASDs. While they may exhibit motor skills that are similar to other children their age, their language and social skills may be severely underdeveloped compared to others. Children with ASDs might be able to put together a very intricate puzzle, but have a hard time making friends.

The symptoms of ASDs may become less severe over time or perhaps become more pronounced. Again, while there are many symptoms associated with ASDs, each individual that is diagnosed will display varying degrees of each one.

Do you know children affected with autism find it difficult to communicate and to become socialized? There are two notions about the existence of autism. One thought is that autism is due to a bio-chemical imbalance, and the other notion is it is a psychological disorder. The autism-affected children seldom communicate with others except to fulfil their needs.

Autism spectrum disorders can be called an umbrella term since it covers classic autism, pervasive developmental disorder (PDD), and Asperger’s syndrome. Autism can be termed a spectrum disorder as the intensity and the number of the symptoms of autism differs from person to person. Autism causes impairments in the people in three areas: social relationships, communication, and restricted patterns of behaviour. The spectrum of autism can be classified as severely affected, less able, and dependent on others. This also includes persons with above-average intelligence and independence, but lacking social skills.

Autism sufferers lack a proper response to social and environmental stimulations. The affected child would be in a separate world. The child’s communication will be very minimal and he will not be able to communicate his emotions and feelings properly.

Malabsorption is the most common problem noticed in autism. Autism sufferers experience structural compromise and chronic gastric inflammation in the digestive tract. The intestinal absorption is delayed due to intestinal inflammation. The specific symptoms of autism are restricted behaviours and interests and this is even seen towards the food choices. Self-limited and restricted diets are highly noticed in the autism condition, which may cause deficiency in one or more essential nutrients.

There are numerous treatments available to cure the autism condition in children. Initially, nutritional supplements are offered to the child suffering from autism. This might be followed by behavioural training. In general Vitamin B12 is given as a supplement. The behavioural change noticed in autism can be improved by giving suitable educational therapies, where the child is motivated to give good response to the environmental and social changes promptly.

Although it is easy to say that educational therapy is good for autism patients, the children found difficult in learning the task, and they will intercept the process and show aggressive behaviour to other people to avoid learning any new task.

In order to improve the autism behaviours, Magnesium in the form of injections are given to the autism sufferers. Within 2-4 weeks of administration of Vitamin-B12, autism behaviours can be reduced within 2 to 4 weeks. It can take more than 3 months for some children to respond with Vitamin-B12. The autism child with speech problems can be treated with Dimethylglycine (DMG) for better results. DMG will improve the immune system of one’s own body. Moreover, this improves frustration tolerance and eye contact.

For negative attention-seeking behaviours of autism, it is advisable to eliminate the behaviour by giving attention to desired behaviour rather than the negative behaviour. 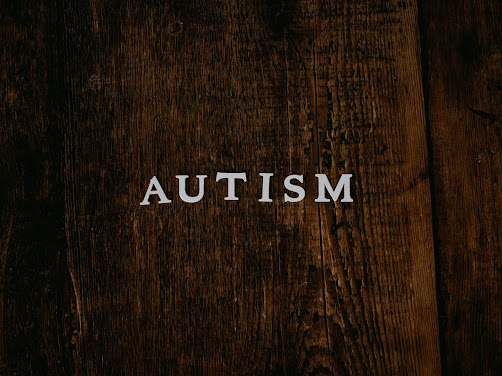 Autism - Is There A Link With Immunizations?

Autism is a neurological, developmental disorder, which can inhibit the normal developmental growth of individuals. Symptoms of autism include impairments in social skills, as well as communication skills, repetitive behaviours, and poor speech patterns. Because the severity of the symptoms will vary, some individuals diagnosed with autism may be able to live on their own, while others become totally reliant on someone to care for them. While there have been theories that autism may be caused by immunizations, there has been no scientific data found to link the two together.

Research has been conducted to find a connection between autism and immunizations and research will be continued to discover what causes this damaging disorder. However, none of the data collected, from the research conducted so far, has been able to prove this theory. The National Childhood Encephalopathy Study was investigated in 1997. The study was to find a connection between neurological function and the measles vaccine. Researchers did not find any connection between the two and if anything, only confirmed that the measles vaccine did not contribute to any neurological disorders or dysfunction.

Several other studies done over the course of the next nine years were also conducted to find the link between immunizations and autism. Again, none of these have shown as strong link between the two. One of these studies, conducted in 1998 by Wakefield and colleagues, suggested that the MMR vaccine caused intestinal abnormalities and developmental regression in children within a few weeks of receiving the MMR.

However, this study had its problems, including the fact that only 12 children were used in the study, they did not use any healthy children for control subjects, and at least 4 out of the 12 children involved had behavioural problems before they experienced any symptoms of bowel abnormalities. Due to the fact that so much was wrong with the research, many of the researches retracted their opinions of the results and none of the results gained can be used as supporting evidence.

What does all of this mean? Generally, for any theory to be proved, scientific data must point one toward the answer. None of the research conducted in trying to find a link has been proven. Many studies are going on that are following the theory that autism is linked to a genetic abnormality.

Recently, a study was conducted on over 30,000 Japanese children, born in Yokohama between 1988 and 1996, that has really taken hold as proof that there is no connection between the MMR and autism. Basically, what this study shows is that even after the MMR was replaced with single vaccines, the number of children diagnosed with autism has continued to rise. What this means is that parents should no longer be worried they are putting their children in danger when they get the MMR.

The fact is that throughout the years of research, not one study can prove that there is a link between the triple immunization, MMR, and autism. The research will continue, however, for the cause of autism in the hope that we will not just find a cause, but a cure, as well.