5 Tips on How to Manage Your Energy Levels

The varying degrees of your energy level can be your best friend or your worst enemy. Sometimes you have to have the energy to complete a task or activity and other times you seem to have the most energy when you’re trying to relax. If you can learn how to manage your energy levels effectively, you can move ahead rather than lag behind.

Here are some tips about how to manage your energy levels so that you’re ready for anything – any time.

1.  Determine the times you’re most energetic. Some people are more energetic in the mornings and others are night owls. You should be able to determine from past experience which time of day you get more done. Those are the times you should schedule the most harrowing or mind bending of tasks.

2.  Identify what drains you of your energy. Be honest about this assessment. When you know which obstacles and situations keep you from being the best you can be, you can do what it takes to minimize them or eradicate them from your life.

3.  When you do have energy is it negative or positive? If you have lots of energy, but your output is all about negativity, you are likely in a constant reactive mode rather than a positive, active mode. Negative, but energetic people never seem to have enough time to get things done.

4.  Use your energy to make headway, not merely survive. We all have increasing demands on our time. The way that we meet it determines whether we go through life just barely getting by or having the energy to advance. Quit rushing through in survival mode simply to get things done. Choose performance over immediate solutions.

Thomas Leonard, a highly successful financial planner and business entrepreneur says that time is an illusion – “There’s no such thing as time management. There’s only activity management in the time we’re given.” How much activity you get done in that allotted time is directly responsible for how energetic you are. You’ve likely heard the old adage, “Life is a marathon, not a sprint.” If you’re trying to manage your time effectively without paying attention to your energy management, you may end up with sprints rather than finishing the marathon of life.

Experts are now saying that productivity and success have more to do with how you manage your energy than it does with time management. As business entrepreneurs, we often try to do everything that gives us more time.

Eating healthy, staying fit, spending time with our children and connecting with others all take time and we do have to schedule some of our pursuits. Whether we have the energy for those pursuits is a problem that’s often overlooked.

Trying to adhere to certain times to manage everything can leave us all exhausted so that we’re not even able to relax and enjoy ourselves when we’ve “scheduled the time” for it.

The alternative to managing your time is to manage your energy effectively. It works by taking time for recovering from those lengthy sprints you take so you can finish the marathon with ease rather than anguish.

Here are some tips for managing your energy effectively:

·    List how you like to rejuvenate yourself. Make a list of what makes you feel refreshed, more creative and lifts your mood. Writing them down will help to remind you about the benefits of these uplifting activities. For example, watching a great series or show you’re following on television, sipping a cup of tea and listening to music can be very rejuvenating to your energy levels.

·    Double the time you usually take for breaks. Don’t stick to a time table when it comes to reviving your energy level. Take an hour rather than half an hour and have fun with whatever you’re doing.

·    Reward yourself for every goal reached. Do you have lots of projects and it seems you’ll never finish them to be able to relax and enjoy yourself. Break those projects down into parts and reward yourself after you complete each one – rather than waiting until the entire project is finished.

·    Make frequent recovery stops. While you’re on that mile-long sprint, you may feel the need to stop and renew your spirits and your energy. Do it! You’ll feel so much more like completing the marathon and you’ll be happier at the finish line.

Managing your energy is a much more effective way to get through life rather than putting time limits and making schedules for everything. Your inner energy thermostat doesn’t pay any attention to the time table you’ve created. Instead, make your energy the most important factor in the long marathon you’re up against. When you’re not managing your energy properly, you’re likely to experience emotions such as anger, frustration, exhaustion and other emotions that can compromise your health.

When you know how to manage your energy and enjoy an abundance of it your emotions will be connected, passionate, peaceful and positive. The outlook you get when you have energy to be productive and enjoy life can make a world of difference in your present and future health.

There never seems to be enough time to get things done, so we exist by multi-tasking on the run. For example, you may be eating a sandwich, driving a car and talking on the telephone all at once at any given time of the day. You may have gotten done what you had on your ‘list’, but you’re probably exhausted at the end of the day.

Personal energy management techniques can help produce a more natural energy and one that’s healthier for you. When you focus on the physical ways to produce energy, it serves you better than trying to get things done using ways that leave you mentally and physically depleted.

Here are some simple ways to enjoy better health by managing your personal energy:

1.  Get rid of energy drainers. An energy drainer might be in the form of a person or a task. Assess the people around you and distance yourself from those who leave you exhausted when you leave their presence.

2.  Dance. Take a lesion from children -- move your body to some funky rhythms and reenergize your body and mind. Just a few minutes of dancing around the room will give you some much needed positive energy.

3.  Learn and practice a ‘healing’ art. Energy healing sessions such as Tai Chi and Reiki are especially great for renewing the energy levels of your mind, body and spirit so that you feel better and enjoy a healthier lifestyle.

5.  Nourish your spiritual side. Take some time out of every day to nourish your spirit by a number of ways. You can commune with nature by gardening or walking or even just sitting in a garden listening to the sounds of nature. Take time to meditate and search through your soul until you feel rejuvenated.

Many times, we forget that keeping healthy isn’t just about diet and exercise. A positive outlook and surrounding ourselves with positive energy by managing our energy wisely can do wonders for our health. Let’s say that you’re an entrepreneurial app developer. You’ve released apps in the past that have been highly successful, as well as a few duds. Now it’s time to work on your next project.

Problem is you have too many ideas and no idea which to work on first!

So, we’re going to apply the concept of “kaizen” in a unique way to answer that question, and then see how the same approach can be useful in other areas of life.

So, kaizen means “improvement” and the idea is that you’re employing small changes on a continual basis in order to add up to big impact. It’s about focussing on the small details in order to make your workflow more efficient.

The aim should be to pick out the app ideas that are the quickest to make, but have the highest chance of earning the most money.

So, if you have an idea that you think could change the world, but it will take you years and years to get it off the ground, then you should forget that one. The risk here is simply too high: what if you spend all that time and you aren’t successful?

Likewise, though, if an app idea is quick but is unlikely to find an audience… what’s the point? From a business perspective at least, this doesn’t make any sense.

So, pick the option that has the highest chance of the most success, and that involves the least work and effort. In a short amount of time, you can drastically increase your income and if your predictions were wrong, you can’t waste too much time or effort upfront.

How does this apply elsewhere?

It’s simply a matter of picking the most efficient options to focus your efforts on.

In exercise, this might mean picking exercises that offer the most physical benefits but involve the least amount of work and effort.

By looking for low risk, high yield choices throughout your life, you can maximize every aspect of your lifestyle and achieve a whole lot more. 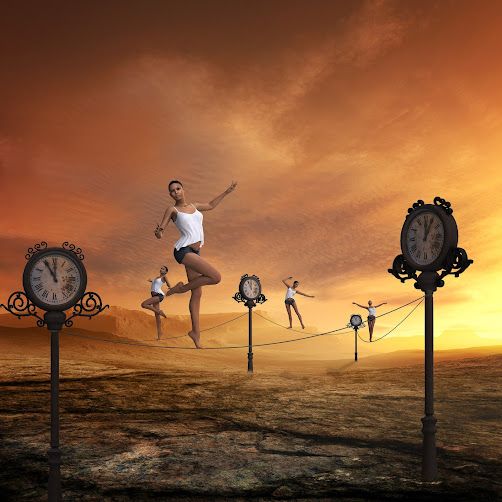