Being a successful blogger, digital marketer or other form of internet entrepreneur is an amazing achievement and in many ways it can improve your life to a huge extent. Not only does becoming a successful marketer/blogger grant you financial independence and the ability to set your own wage, but it also gives you creative freedom and theoretically it allows you to accomplish the kind of work/life basis that many of us are missing.

But of course, like anything there is an element of the ‘double edged sword’ here and there are downsides to that independence too. One of the very biggest ones here, that a lot of us don’t anticipate before going into this business, is loneliness. When you strike out on your own and are able to give up the day job, the commute and the office politics it can feel like a breath of fresh air. But then later when you hear about your friends’ Christmas parties and their office romances, you can start to miss the camaraderie that working with other people provides.

And in fact, as you sit there typing away most days, you can even start to find yourself getting rather bored or going out of your mind for the lack of people to talk to. Here we will look at some ways you can avoid this, and how you can avoid letting your blogging drive you mad...

Many people want to blog for a living because they want to ‘work from home’. Do note though, that work from home here is really more of a figure of speech rather than a literal description of where you are going to work – because actually when you’re self-employed you can work anywhere. Why not then go and work in a café in town? This way you will at least get to chat to the staff that work there and maybe some other people sitting in. Or alternatively of course you can sit in a bar or pub, or when it’s sunny relax on the grass in the sun with a glass of juice. This way working for yourself becomes a much more desirable, and at the same time you’ll be likely to encounter more people, have more conversations and possibly even meet attractive members of the opposite sex. Of course, you also need to be open to chatting to people for this to work.

Meet Up With Others

You can also make blogging more sociable by using the opportunity to meet up with people you don’t normally see. For instance, you can meet your friends for lunch on their lunch break, or you can meet them after work if they finish early. You’ve got the time, and you can even do things like design work while you chat. And in fact, this will be a lot more sociable than most people are in the office anyway. Apart from anything else you’ll be chatting to people who are actually your real friends rather than just colleagues.

Networking and interacting with other bloggers, writers and your visitors is very good for your website and a great way to promote your business and make contacts. At the same time, it can make your business less unsociable, so try attending networking events, working face to face with designers and marketers, and responding to your fan mail rather than locking yourself away. It’s good for your site, and it’s even better for your mental health... 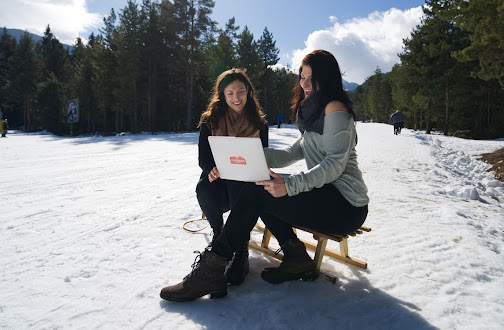 Working as a nurse in the emergency room you meet a beautiful variety of people. Among those for whom I feel a special sympathy are those with bipolar. They can of course be quite the characters: some hear voices, some live on the streets, some have an extraordinary sense of humour, some love to sing and entertain, and much more. One thing bipolar patients have in common is that they take heavy medications, particularly antidepressants that have many side effects. To whatever question you ask these patients, the answer will often be, ‘Well, I have bipolar.’ As if this one sad fact is sufficient explanation for all possible questions.

But the word ‘bipolar’, of course, does not explain everything, and this is particularly true for women having problems with hormonal changes. For example, one woman had a hysterectomy because of severe bleeding, then had to go on hormone replacement therapy. After a couple of months she completely ‘lost it’. She became convinced that she had to move far, far away and take up missionary work - to the alarm of her concerned family. Bingo. She was put on antidepressants and given the convenient label of ‘bipolar.’ Well - she took her antidepressant cross-country with her and ended up living on the streets with the homeless. Rescued finally, by some good friends, she was brought back home, where she if now off most medication, trying to stay as sane as possible, and still saddled with the heavy label of ‘bipolar.’

Many women in and around menopause go haywire, but is that necessarily bipolar? I often wonder at how strongly hormones can affect mental health, as is often the case with women after childbirth, with the so-called ‘baby blues’. Often due to the hormone progesterone easy to fix with natural progesterone cream. Likewise, women - and men in their own hormonal midlife crisis - often get depressed. But should this really be any surprise? After all, so many things are changing at this point - it’s like adolescence all over again, but in reverse! New sensations and a new view of life, letting go of the old ways and struggling with the new, There can be a lot of confusion with many challenging questions demanding to be lived. Unfortunately, many take the easy road and simply dodge the whole thing. They accept being depressed and can even console themselves with the mantra, ‘After all, I’m bipolar.’

One solution might simply be to use common sense. Bipolar or not, it’s essential to take in enough essential amino acids and different forms of protein. Many people’s protein intake is limited and unvarying: just red meat, chicken and eggs. If you read Dr. Eric Braverman’s book ‘The Edge Effect’, you’ll see that we need protein from many sources, including meat, poultry, nuts, eggs, fish, dairy, beans, and vegetables.

This approach is helpful for all of us, but especially for those with bipolar - whether it’s the real thing or not. Dark chocolate can be helpful too, offering some of the same benefits as such antidepressants as Prozac and Paxil, but with no side effects. Just as healthy foods are vital for growing children, they are crucial for anybody going through big changes or having a difficult time. So be sure to eat well and exercise, and study Dr. Braverman’s ‘The Edge Effect’. Give yourself what your brain needs to function well and create harmony in your being. Don’t worry so much about your bipolar - or the bipolar label. Apply your thoughts to the constructive self-healing that is possible.

Common sense is not so common. Good luck with finding what works for you! 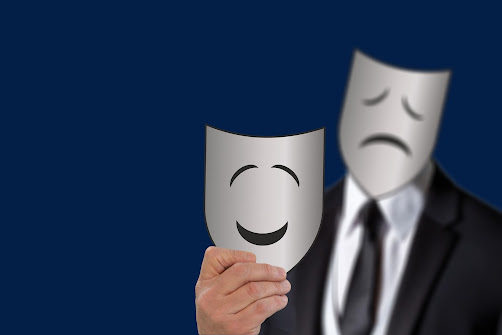 Borderline Personality Disorder (BPD) is a serious mental illness characterized by the inability to regulate emotions. According to various online sources, this disorder affects women primarily with an onset during adolescence.

Patients with BPD demonstrate constant emotional instability and distress that leaves them in a constant state of despair. The goal of Borderline Personality Disorder treatment is to help patients eventually gain stability over their illness and lead productive lives. Men and women who receive treatment for Borderline Personality Disorder usually require extensive mental health services throughout their lives, including regular psychotherapy sessions and periodic re-evaluation by a psychiatrist  and adjustment of psychotropic medications when necessary.

The most significant goal of Borderline Personality Disorder treatment is to help the patient gain control over urges to inflict self-harm or even commit suicide. These patients have great unstable emotional mood swings in response to stress or significant life events and should always be monitored closely during an episode. Often short periods of psychosis accompany the mood swings, and the patient loses touch with reality at this point. Narcissism is also a cardinal feature of Borderline Personality Disorder, and maintaining interpersonal relationships is difficult and self-esteem suffers greatly. BPD patients are very controlling and are constantly insecure and questioning of people they meet. They are quick to start relationships but soon become disappointed and make great demands, when threatened with abandonment the symptoms accelerate, which can lead to self-injury or suicide attempt. Borderline Personality Disorder treatment attempts to decrease number of episodes and stabilize mood swings and erratic behaviour.

The exact cause of Borderline Personality Disorder is unknown, but is thought to be the result of a combination of factors, such as a traumatic life event or genetic influences. Psychotherapy is an absolute for Borderline Personality Disorder treatment, which can be very difficult for the therapist at time because there is always the threat of self-mutilation or suicide.

Successful Borderline Personality Disorder treatment also involves the right medications to control mood swings. Various anti-depressants have been shown to be effective, and at time, inpatient hospitalization may be required at times during an acute episode. For more information on BPD visit www.psychcentral.com or www.remedyfind.com, as well as the National Alliance on Mental Illness at www.nami.org. Borderline Personality Disorder treatment can be successful and patients can achieve stability in their lives with better medications and advanced therapies, but they can’t do it on their own. 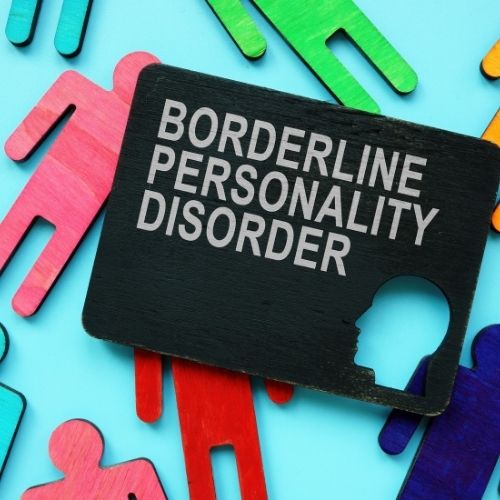