One way you can develop more discipline is to use challenges. This makes it more like a game and less like a chore. Also, there can be the element of competition with others and having others help hold you accountable which improves your odds of success.

Challenges are very popular and you can find them in many places. Or you can make up your own and share it with a group of people. You also can make your own challenge or use one from someone else to just challenge yourself. However, you end up doing it is up to you.

When looking to see if a challenge will be useful to you, there are some factors to look for, so you can best benefit. Is the challenge realistic? You want to stretch yourself, but not to the point where you have no chance of success. For example, you could challenge yourself to lose 30 pounds in 30 days, but that is not very realistic. You also want the challenge to not be too easy. You need to see if you have the time to devote to it. Be sure to include time for learning new things, For example, if you challenge yourself to build a new blogging website in 30 days, remember that if you have never done one before, you will have to learn some things and that will be extra time above just writing the blog posts.

If the challenge is a large one over a longer period of time, are there clear-cut milestones along the way to help you have a sense of accomplishment? If your challenge, for example, is losing 60 pounds in a year, you need to set up smaller weight goals along the way so you can keep up the momentum. Milestones also help you see if you need to tweak the challenge, either lower or higher. If you lose 10 pounds in about 2 months, you are right on schedule, If you have only lost 5 pounds in that same time period, though, you may need to lower the amount you plan on losing in a year. Now if you lose 15 pounds in 2 months, you may want to raise the amount you plan on losing in a year, or cut the time down to say 10 months.

When you do a group challenge, you have some added benefits. There is a sense of camaraderie when working together on a goal that you do not get just competing with yourself. Other people can give you ideas, too. For example if you are in a group losing weight, people can share healthy recipes and support. Just remember that the primary person you are in competition with is not the others, but yourself and you can really enjoy doing a group challenge. 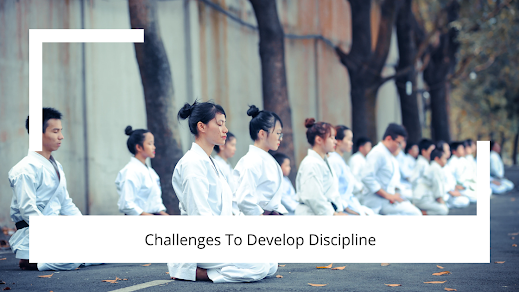 An article recently stated this: to feel fulfilled, you need to experience three things.

The problem with most people is they don't experience all three of these at the same time. When you get stuck in the status quo, you frequently are no longer being challenged. Things might be somewhat interesting, but they're not exciting. Even if there is a reward in the form of a paycheck or a stable relationship, losing the other two items do not make up for this.

It's time to challenge the status quo. How? Follow these five steps.

Quit Doing What Everyone Else Is

Sure, everyone else might be happy and doing a certain thing, but this doesn't mean you are. People have all kinds of jobs. They're involved in all kinds of activities. Not all of these are right for you. By focusing less on what everyone does and more on what you want, you will feel much happier.

Seriously, are you happy playing it safe? Or would you instead take a chance on being seen for who you are, in all of your magnificent, eccentric glory? The beautiful thing about letting go of the idea of fitting in is you no longer are stuck as a follower. It's a lot more fun being the trendsetter anyway.

Quit Thinking You Can Buy Your Way to Happiness

When we're not happy, we start burying ourselves in stuff, thinking this will somehow make up for it. The harsh truth? All the new TVs, fancy cars, and exotic vacations in the world are never going to make you feel any more fulfilled. Doing what you hate to get ahead is always going to be a soul-suck.

You don't need everyone else to tell you what to do. You already have pretty solid instincts. Do what feels right to you. Honor your moral code. You'll find you're a lot happier for it.

Playing it safe is one of the most significant ways we lock ourselves into the status quo. Unfortunately, this is how you also ever keep from bettering yourself. If you want your life to change, you're going to have to take a chance on doing something different.

Together these five items become a powerful force of change. Dedicate yourself to living life outside the lines. Explore your dreams and embrace the person you are inside. Find challenge and passion, and you've got a fulfilling life.

As for the rest? Remember the adage: Do what you love, and the money will follow. You've got this! It’s time you cultivated an attitude.

Look, life can be hard sometimes. The last thing you need is your Inner Critic taking the wheel, getting on your case about every last little thing you’re trying to do. Why are you listening to someone who doesn’t have your best interest at heart? No, it’s time to challenge your Inner Critic and silence their voice once and for all.

How? Try these tried-and-true strategies:

Inner Critics like to whisper, never to speak out loud. The last thing they want is to be noticed in their nefarious schemes. By paying attention to what’s going on in your head, you draw their lies out into the light where they cannot stand.

Give it a Nickname

Whenever the Inner Critic speaks up, give it a silly name. Think to yourself things like “Hey, it’s Moldyvort, back again to cause trouble.” By making fun of this voice, it’s a whole lot harder to take seriously.

What about a Voice?

Do you hear some pretty negative things? Try saying them out loud. By giving voice to these thoughts, you’ll hear just how ridiculous they sound.

Tell your Inner Critic they can only come out to play at a particular time each day. During that time, take a break and tell the Inner Critic to do their worst. Be sure to set a timer for the space allotted, so you don’t give more time to the negativity than necessary. Sit back and let it speak its piece. The funny thing? Most of the time, you won’t even remember what it was the Critic had to say by the time your negativity break rolls around. Even if you do, when the timer goes off, remind yourself you’re done and walk away.

Is there any truth to what your Inner Critic is saying? Examine the statements. Feel free to argue back. Point out the flaws in the reasoning and back it up with examples of times when you’ve proven those things aren’t true.

Finally, drop the negative words entirely and rewrite the script to turn each negative into a positive. For example, saying, “I’m terrible at writing reports” can become “I did a great job on the last report I wrote. I bet this one will be fine too.”

Remember, silencing an Inner Critic is going to take time and energy. This kind of voice doesn’t just shut up because you told them to go away once. No, you’re going to have to do the work, using these strategies until you’re finally free of the nasty little voice.

Once you’ve got it, though? Your world will change enormously in some pretty great ways. After all, without your critic to hold you back, you’re primed for success in a huge way. Dr. Tan Kwan Hong
I enjoy sharing my knowledge with people. I give workshops, publish books, launch ebooks, write articles, and create video tutorials for the world. I hope to make the world a better place through my educational materials.
Newer Posts Older Posts Home
Subscribe to: Posts (Atom)